Seeing that, it just made me stop and think how much oceanography has changed,” remarked Burns. “But what hasn't changed is you've got to keep people coming to the ocean, seeing the wonder of it all. 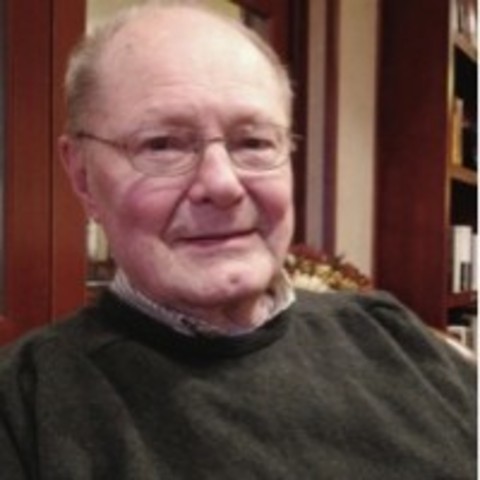 College of the Environment: Spotlight:

Flipping through the channels on TV, Bob Burns, retired oceanographer at the National Oceanic and Atmospheric Administration, came across a show detailing the marvels of ocean gliders that traverse the world’s oceans. Resembling a slender yellow rocket with fixed wings, this particular automaton travels from New Jersey to Spain through watery space and time, beaming scads of oceanographic information to waiting computers and scientists back on shore.

“Seeing that, it just made me stop and think how much oceanography has changed,” remarked Burns. “But what hasn’t changed is you’ve got to keep people coming to the ocean, seeing the wonder of it all.”

Burns serendipitously moved to Seattle from the east coast when his boss from the Navy Department came to the UW, encouraging him to follow and attend graduate school. The UW had one of the only stand-alone oceanography departments in the country, recruited “top notch” graduate students, and provided Burns the opportunity to continue to work alongside his boss and mentor.

That boss and mentor was Richard Fleming, who directed the School of Oceanography at UW from 1951 to 1967. A true mover-and-shaker, Fleming helped catalyze the program into the powerhouse of an institution it is today. He transformed its curriculum into a robust, comprehensive, and competitive series of classes for both undergraduate and graduates. An expert in geological and chemical oceanography, Fleming co-authored one of the most influential oceanography texts of all time, The Oceans . Considered “the Bible” in its field, the work is still highly cited to this day.

In recognition of Fleming’s many accomplishments, and the importance of a first-rate undergraduate education, Burns and several of his colleagues banded together and established the Richard H. Fleming Endowed Faculty Professorship. This took many years, pooling small donations to help support teaching in Oceanography. Burns ultimately helped tip the balance with a generous donation, allowing it to become a fully funded professorship established in honor of his mentor.

“Dr. Fleming showed the importance of taking a well thought-out, integrated view to studying the oceans—that is his legacy. This endowment is meant to honor and recognize that,” says Burns. The Professorship supports top tier faculty to teach and inspire undergraduate scholars who are dipping their proverbial toes for the first time into oceanography’s waters.

Seeing that, it just made me stop and think how much oceanography has changed,” remarked Burns. “But what hasn't changed is you've got to keep people coming to the ocean, seeing the wonder of it all.

The School of Oceanography helps shape the future. By educating talented men and women who become leaders and decision-makers in public and priva