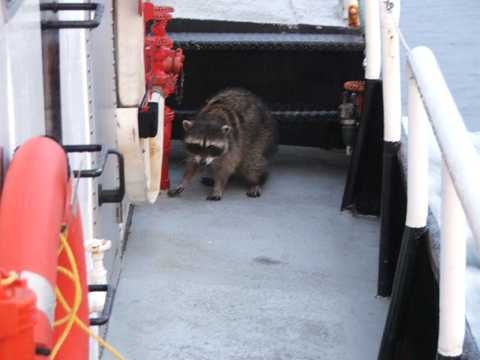 They promptly returned to the dock to disembark the somewhat confused and frightened raccoon.

The Captain of the BARNES, Ray McQuinn, reported that on day two of their University of Washington and NOAA sponsored science mission, they discovered a new shipmate! Chief Scientist Stephanie Moore, from NOAA, did not invite the sleepy guest, so the ship had a short delay due to the stow away found shortly after leaving the dock. They promptly returned to the dock to disembark the somewhat confused and frightened raccoon. The pictures were taken by the First Mate, Greg Buikema.

The hunt is on for deadly neurotoxin that can contaminate shellfish;   Glenn Farley from KING 5 news did an excellent story on the mission that can be found here.

They promptly returned to the dock to disembark the somewhat confused and frightened raccoon. 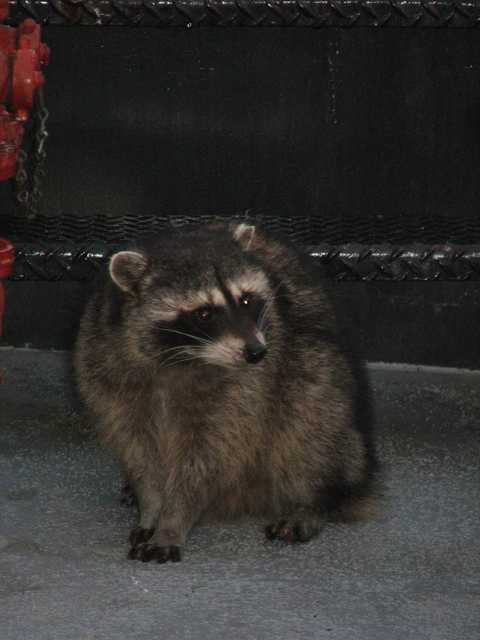