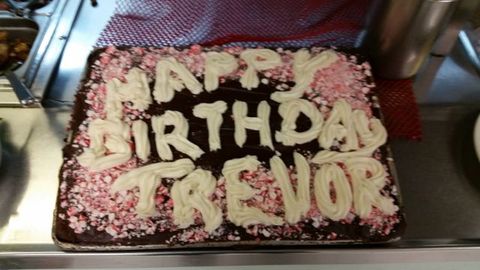 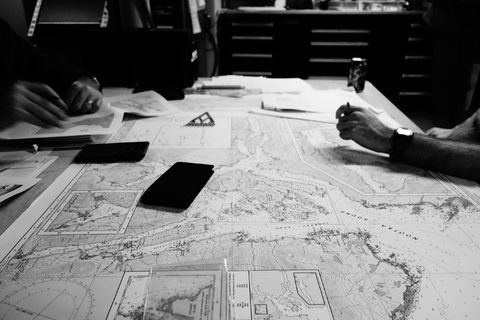 The green flash of the sun slipping below the horizon heralded our arrival at the mouth of Nootka Sound. A blinking lighthouse was just visible among the misty, wooded hills. To starboard, a pod of unidentified cetaceans slipped through the still rolling seas. We finally sang happy birthday to Trevor Harrison, and the crew even made him a peppermint cake with his name on it. The evening marked a welcome transition away from the rough seas that kept many students occupied throughout the night, but our good fortune was short lived.

First, the computer "talking" to the Underway CTD had problems communicating. When we managed to get that working, the multi-beam sonar acquisition software crashed. After that problem was dealt with, my watch (the 8-12 night watch) came on-duty. We arrived at the last station that we were going to physically sample that night. The biology group started a test-run of a zooplankton detecting sonar unit, while the sediment group got ready to take a sample of the mud some 200m below the surface.

The test run went smoothly enough after some light scouring of operational manuals (there are 3 for the one instrument)--but the data was relatively "noisy." One more thing to iron out before we can take clean readings with the zooplankton detector. The sediment group ran into bigger problems, however. While they were preparing their box-core sampling instrument, multiple cable jams in the aft winch turned a 30 minute-to-1 hour operation into a 3 hour, "hurry up and wait" affair. Despite the compounding difficulties, the deft crew and marine technicians aboard the R/V Thompson got the problem sorted out as fast as we could hope for.

At the time of this writing (1:30am December 13th) the again-functional multibeam sonar is sweeping the width of Muchalat Inlet. The high-resolution bathymetric data it gathers are not only the main components of several projects; this data will pave the way for future instrument deployments, supporting other students' projects. Aboard a vessel which costs roughly $25/minute to run, every second counts and every possible synergy between projects must be capitalized upon. Tomorrow holds a fresh set of adventures, discoveries, adjustments and challenges for our class and the crew aboard this intrepid vessel.