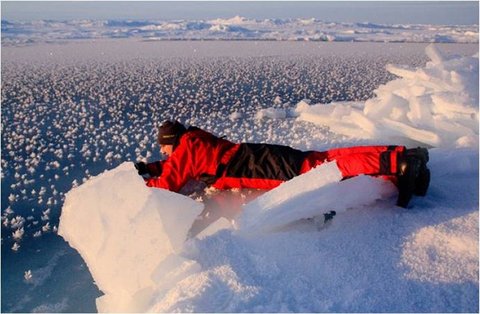 Do the microbes alter the contaminants in these icy habitats? 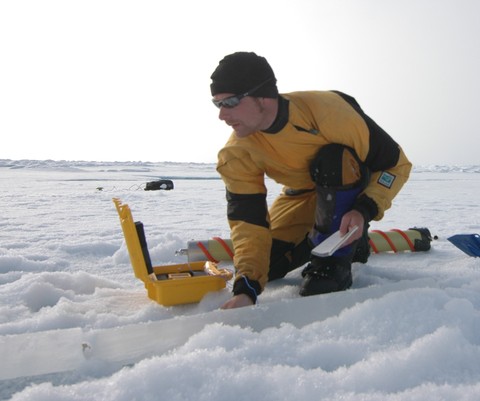 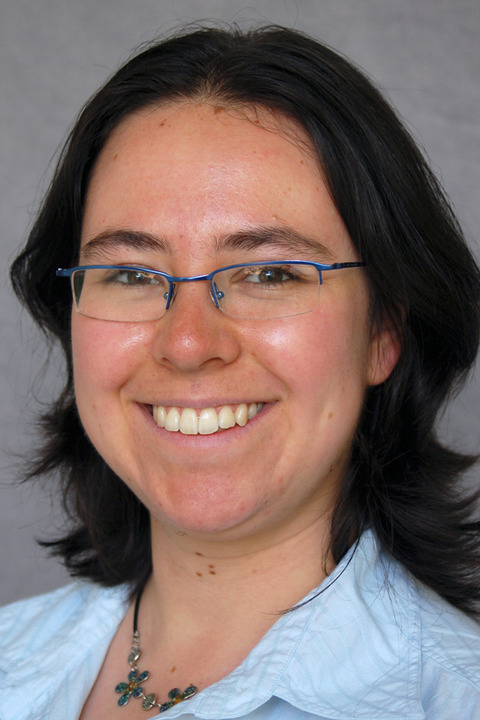 Discovering the abundant microbe communities within frost flowers raises many new questions for researchers such as: "Do the microbes alter the contaminants in these icy habitats?" "Do they become windborne during storms, traveling great distances?" and "How have such extremophiles evolved in polar regions?"

Early arctic and Antarctic explorers such as Hudson, Cook, Weddell and Ross observed frost flowers, but only recently have scientists learned how they influence the reflection of sunlight off the surface of the ice and concentrate chemical contaminants from the atmosphere.

For this research, graduate students Jeff Bowman and Marcela Ewert at the University of Washington, collaborating with international teams, probed the flowers' inhabitants. Although the behavior of microbes at temperatures as low as -15 degrees Celsius is understood reasonably well, little is known about what happens at the colder temperatures that lead to frost flower formation. Ongoing changes to the Arctic Ocean's ice cover include the formation of more, new, thin ice during winter and thus more extensive fields of frost flowers, making these icy habitats of increasing interest.

Do the microbes alter the contaminants in these icy habitats?

The University of Washington’s new “Future of Ice” initiative seeks to build on that research in a region now undergoing rapid changes.

Most estimates of ocean warming have been limited to the upper 700 meters of water, however, the ocean is also warming near the bottom, in the coldest waters of the abyssal zones.

Every (other) Breath you Take

Ross Reynolds talks with Professor Armbrust about the latest science on the microbes that we can thank for every other breath.

With the melting ice in the Arctic, U.S. Coast Guard crews based in Alaska have taken on a new challenge: carefully deploying scientific equipment through cracks in the ice from an airplane hundreds of feet in the air.

Researchers use sediments to produce the first sea surface temperature record at the sea edge of the Antarctic continent over the past 12,000 years