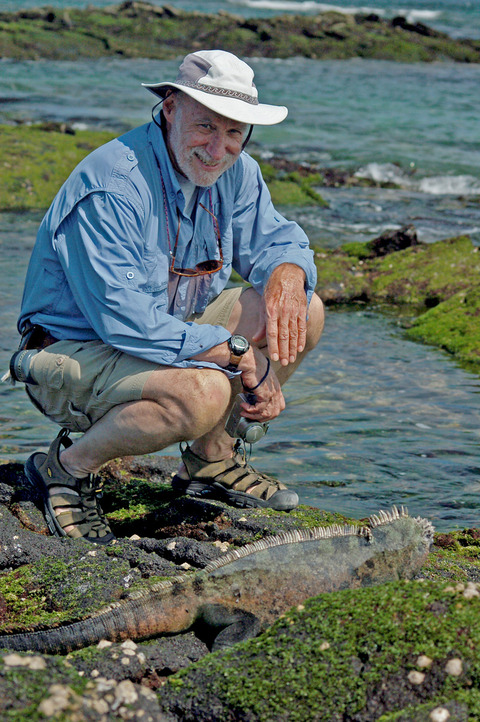 Mark Lawrence Holmes, professor emeritus in the School of Oceanography died on August 17, 2018, concluding a distinguished oceanographic research and teaching career. Born in 1938 in Oklahoma, he grew up in Tulsa, and in 1955, graduated from Central High School. He then attended Princeton, where he majored in geological engineering and was a member of NROTC. After graduating, he began his three-year service with the Navy. In 1960, he was assigned to the rescue/salvage vessel, the USS Currentin Pearl Harbor, and within two weeks of reporting on board, he participated in the salvage of one of the five Japanese midget submarines that participated in the 7 December attack. Other diving and salvage operations led to his decision to study oceanography.

At that time, the Navy was sending officers to graduate school at the University of Washington, so on his discharge in 1963, he applied and was accepted at UW. In summer 1964, he was working as a student on a  Navy icebreaker, the USS Burton Island,  north of Siberia doing research on continental shelf dynamics. This was long before countries established the 200-mile limit; ships could go within 15 miles of the Soviet mainland with only a moderate amount of harassment from bomber overflights. Many more such cruises followed over the years, to the Bering, Chukchi, and Beaufort Seas.Both his master’s and Ph.D. dissertations were on aspects of the marine geology and resources of the Arctic continental shelves. This was an exciting time to be in the field of geological oceanography. The theory of sea floor spreading was still being hotly debated, and Mark had the opportunity to be involved in some of the early research on the Juan de Fuca ridge spreading center 400 km off Washington and Oregon.

In 1974 he married Barbara Naugler, the sister of one of his graduate school roommates. Their son Aaron was born in 1976 and daughter Elizabeth, in 1977.

In August 1975, after a few years as a Senior Oceanographer at UW, he joined the US Geological Survey’s Branch of Pacific-Arctic Marine Geology. He was part of a small research group in Seattle dealing with innovative ways of using geophysical data to assess offshore resources, such as oil and gas, primarily in the Arctic and offshore Alaska. In 1983, he went to Menlo Park in California, to serve as Associate Branch Chief, and later acting Branch Chief.

Menlo Park provided him with a fascinating combination of research and administrative duties and challenges. His research took him from the Arctic to the South Pacific and involved the use of a wide variety of ships and all three of America’s deep-diving research submersibles – Sea CliffandTurtle(US Navy), and Alvin(Woods Hole Oceanographic Institution). In the course of that work, Mark became the first civilian ever qualified as co-pilot of Sea Cliff. One of his discoveries from Sea Cliffwas the large sediment layer, in 3500 meters of water off the Oregon coast, from the several-thousand-year-old giant outflow of Lake Missoula that formed the channeled scablands in eastern Washington.

In 1986, he was transferred back to Seattle where he headed a small research group dealing with detailed mapping of the newly-established Exclusive Economic Zone of the US, with emphasis on the Hawaiian EEZ. He also had an affiliate appointment as Research Professor on the UW faculty and helped teach a variety of undergraduate courses. When the mapping work was finished in early 1995, Mark decided to retire.

That lasted exactly two months, when Arthur Nowell, then Director of the School of Oceanography and later Dean of the College of Ocean and Fishery Sciences, made him an irresistible offer. This was to head a small team to design and oversee the building of what is now the Ocean Sciences Building, home to the physical and chemical oceanography options. Mark did a terrific job riding herd on a difficult construction project.

In addition to his building construction oversight position, Mark took charge of the Capstone thesis course sequence, which all of the undergraduate majors must take. His work turned out to be a fundamental revitalization of the oceanography undergraduate teaching program. The course took all year, where the first two quarters had the students come up with field research projects, then work together to produce a coordinated field plan. In spring quarter, they would go to sea for two weeks on the Thompsonor Barnes, generally into Puget Sound, to carry out their research.

The students studied a large variety of phenomena, ranging from internal waves in Port Susan, to the Snohomish River salt wedge, to the geology of Elliot Bay, and a variety of biological experiments. After completion of this work, they wrote up research papers, which they presented in a two-day symposium. In 2005, the research took place in the Galapagos Islands, a wonderful experience for all involved. The course was popular among the students, and Mark’s enthusiasm and professionalism drove the work, and within the School, re-emphasized the focus on undergraduate research and teaching.

His own research continued. It dealt with the origin of Puget Sound and the resulting geologic hazards to the urbanized areas, such as earthquakes, tsunamis, and landslides. In 2008, Mark retired from the University, but continued his high energy life, hiking with Barbara, and hunting and fishing. He delighted in his children and grandchildren. He was a wonderful person and he is greatly missed.