A recent alumna of the School of Oceanography, Brandkamp dream job: to live and work on Tetiaroa. 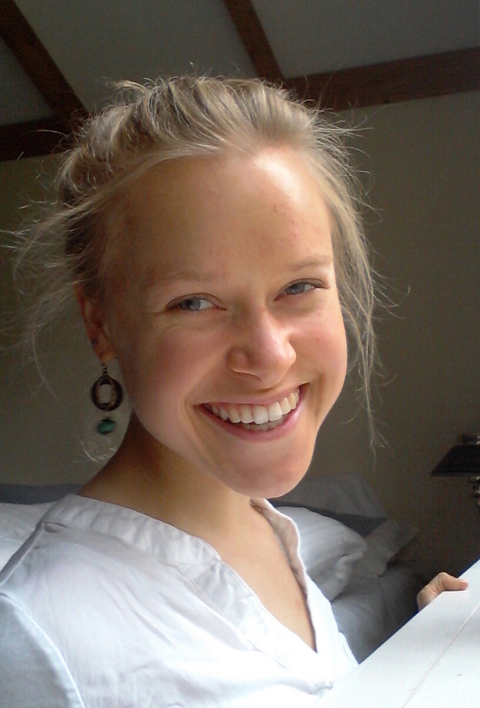 This system is incredibly complex. Every time we answer one little question, ten more come up. But that’s science,” Lauren Brandkamp

Tetiaroa Atoll in the South Pacific

Snorkeling crystal clear waters over nurseries of young sharks, starlit kayaking to gather ocean water, collecting and growing coral…not your typical day job. So how did College of the Environment graduate Lauren Brandkamp, who grew up among the wheat fields and horses of eastern Washington, find herself working as a scientist-in-residence on a tiny island in the South Pacific?

“I ask myself that question too,” said Brandkamp. “How in the world did I get here?” As part of a research project measuring the effects of ocean acidification on coral reefs, Brandkamp has been working on Tetiaroa—a coral reef atoll in French Polynesia, owned by the late actor Marlon Brando—setting up experiments, recording measurements, and preparing lab samples to be sent back to her colleagues in Seattle.

A recent alumna of the School of Oceanography, Brandkamp cut her research chops in the waters of French Polynesia during the senior research cruise on the University of Washington-operated Research Vessel Thomas G. Thompson. After the cruise, her senior thesis advisor, oceanographer Julian Sachs, offered her a six-month dream job: to live and work on Tetiaroa. The ring of 12 islets was purchased by Marlon Brando in 1967 and is now the site of a research station and eco-resort, both dedicated to studying and applying ocean sciences for sustainability. Like a tropical Friday Harbor Labs, Tetiaroa’s research facilitiesallow scientists from around the world to explore the atoll’s unique and relatively undisturbed ecosystem. (In fact, Friday Harbor Labs Director Billie Swalla is on the Science Advisory Board of Tetiaroa Society, the organization that stewards the science program on the atoll.)

The project Brandkamp works on is led by Sachs and UW oceanographer Alex Gagnon. As the on-the-ground researcher, Brandkamp measures what she calls “the heartbeat of the reef:” the regular fluctuation of acidity due to daily and nightly rhythms of different plants and animals that make up the reef ecosystem. By understanding the cycles of this healthy coral community, the research team can establish a baseline upon which they can measure changes in coral health.

“What we have found is that this system is incredibly complex. Every time we answer one little question, ten more come up. But that’s science,” Brandkamp reports. She hopes that she can make a contribution to knowledge about both Tetiaroa and oceans in general. “As an undergrad, you’re learning, reading. Now I am at a point where I’m putting a little bit of that back.”

Brandkamp attributes much of her success to her education. “UW prepared me very well for this position,” she says. “I was out on the Thompson the first quarter of my sophomore year. I thought that was crazy! And that’s how the next three years went.” Brandkamp’s hands-on experience not only prepared her for the research she’s currently conducting, but it also helped her connect with her professors and become involved in real-world problem solving. And that led directly to her job on Tetiaroa. For those looking to land a job like hers, Brandkamp emphasizes the importance of getting involved: “Talk to people, and be flexible enough to take on new challenges. Chances are that you will wind up in a great place.”

As well as blogging about her work and assisting with other research projects, Brandkamp also shares the work she’s doing with the guests at The Brando. Guests of the luxurious and eco-friendly resort get to be “scientists for a day”, joining Brandkamp to gather photos, videos and other data in the field, and processing them in the lab to better understand the ecosystem.

“People get so excited about this, not just the kids but the adults too,” Brandkamp says.

Brandkamp’s infectious passion for what she does is what got her into science in the first place. “I didn’t want to grow up, I didn’t want to lose my curiosity. You don’t realize how many questions kids ask! And science is a field where you’re always asking questions.”

When Brandkamp is not out asking questions of the ocean, or showing guests how scientists answer these questions, she’s soaking up the unique physical and cultural environment of Tetiaroa. Exploring the islets, learning French, taking Tahitian dance classes; getting out of her “comfort and work zones” seems to be natural for Brandkamp. And with Tetiaroa’s stunning beauty and the utter lack of light pollution, both days and nights on the atoll are, by all accounts, magical. In fact, Brando himself said that on Tetiaroa you can “look up at the stars and dream”—the apparent inspiration for the atoll’s future as a hub of science that combines conservation and innovation for sustainability.

The project that Brandkamp is involved in is funded by the Seeley family, who are long-time supporters of both the University of Washington and Tetiaroa Society. Their son is an active Tetiaroa Society board member, and many of their family are graduates of the UW.

“Providing funds for researchers from one of the world’s best marine science facilities to work in one of the world’s most unique marine environments is something that we as a family are passionate about. Lauren has been a wonderful representative of UW and we are excited about the progress of the ocean acidification research project,” Jim Seeley shared.

As for Brandkamp, after a brief trip home in December she will return to Tetiaroa to provide part-time support for the ocean acidification research project. She will also be pursuing her true marine passion: studying marine mammals. Brandkamp isn’t sure what her future holds, but her curiosity continues to guide her.

This system is incredibly complex. Every time we answer one little question, ten more come up. But that’s science,” Lauren Brandkamp

Tetiaroa Atoll in the South Pacific

UW School of Oceanography alumni are central to our success. Join us!