Two of UW undergraduates, are finalists in the 2015 OCEAN 180 Video Challenge 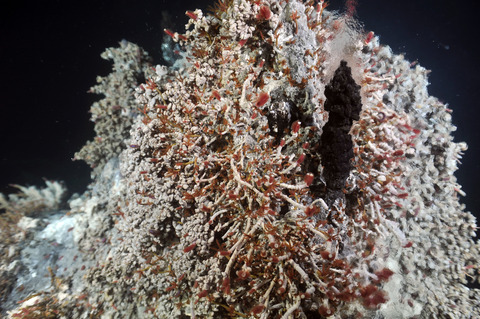 Over 70% of Earth’s volcanism occurs deep beneath the ocean’s surface. Here, heat and chemicals drive one of the most extreme environments known, hydrothermal vents, where life thrives in the absence of sunlight at temperatures >250°F. The need for continuous data to understand these ever changing habitats as led to the wiring of the largest submarine volcano off the coast of Oregon, called Axial Seamount. Here, a sophisticated network of high-power fiber optic cables now brings the internet into our oceans, creating the world’s most advanced underwater volcanic observatory. Specially designed instruments monitor the heartbeat of the volcano, the boiling fluids, and the strange life forms that inhabit these amazing oases. All information, streamed live back to shore, will soon be accessible to people around the world, helping to create a shared consciousness about the oceans.

Hot springs a source iron in the oceans

Seafloor hot springs a significant source of iron in the oceans