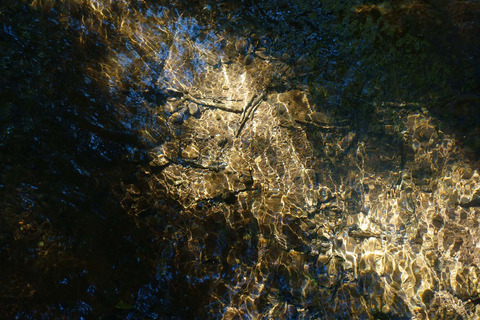 The vast oceans of our planet still hold many unsolved questions. Uncovering some of their mysteries has been a decades-long focus for University of Washington oceanography professor Jody Deming.

This fall, Deming embarks on a very different type of ocean exploration. A $500,000 grant from the National Academies Keck Futures Initiative, or NAKFI, will allow her and a group representing various disciplines in the sciences and the arts to look at the oceans in new ways.

The Ocean Memory Project was one of three selected this fall as the inaugural winners of the NAKFI Challenge Grants, a program of the National Academies of Sciences, Engineering and Medicine with funding from the W.M. Keck Foundation. Deming is among a small group of leaders of the effort that will generate events, distributed interactive spaces and grants for cross-disciplinary mentoring around the idea of ocean memory.

“The NAKFI Challenge award is a brand new kind of award, and it’s very experimental. Our proposal is the type of project you could not get funded by anybody else,” Deming said. “It will bring a diverse group of people together several times to develop ideas around this theme.”

Deming had participated previously in smaller NAKFI-funded projects, which bring a few dozen people together to explore ideas through a cross-disciplinary lens. One of these groups, the Deep Sea Memory Project, met for the first time in September 2017 at Friday Harbor Laboratories. There, 20 participants and two facilitators spent five days sharing their various fields of expertise and coming up with new ideas. (Ben Fitzhugh, a UW professor of anthropology, and John Baross, a UW professor of oceanography, also participated in the workshop.)

The format was different from a typical science conference, Deming said. Facilitators had smaller groups of people generate ideas quickly, then work together to create tangible objects reflecting those ideas.

“If you are making something with your hands, then your brain works differently,” she said. “Although I may have been a skeptic in the beginning, I am a believer now, because I saw how we think and create differently.”

The group held a second workshop at the Djerassi Resident Arts Program in central California, and will have a final workshop in 2019 on Santa Catalina Island.

These smaller NAKFI-funded projects all emerged from a larger NAKFI conference in 2016, Discovering The Deep Blue Sea, led by oceanographer David Karl at the University of Hawaii. In one of many small break-out group discussions at that conference, an artist asked the question, “Does the ocean have memory?” and the phrase “ocean memory” immediately took hold.

“Our group was looking for something we could all connect to,” recalls Deming, who holds the Karl M. Banse professorship in the School of Oceanography. “And that question, ‘Does the ocean have memory?’ galvanized us. It resonated with me personally, as that’s what I believe I have been studying all my life, without having those words to describe it.”

The new grant will fund various activities around the theme of ocean memory, each led by participants from earlier NAKFI workshops using a rotating, collective leadership model. Deming is among the first group of leaders that also includes two artists, a marine biologist and cellist, and a cognitive scientist.

Their winning proposal reads: “Our ocean and its inhabitants hold memories of events throughout the evolution of the planet, awaiting our cognition. We propose to establish a thriving community exploring and expressing Ocean Memory, a new line of scientific inquiry highly evocative beyond science, aiming for a sea change in our ability to address challenges of the Anthropocene.”

The leadership team met for the first time in late October, and hopes to start accepting applications in early 2019 for the launching activity later that year. The group will select roughly 20–30 participants using criteria similar to those of the NAKFI workshops, which seeks people of varied expertise who are keen to work across boundaries.

The grant will fund three annual “seed seminars,” each followed by a breakout working group and awards of small grants to pursue specific ideas, all culminating in 2022 with a larger conference at the UW. Also in the works are a science-oriented paper articulating the many meanings of ocean memory and plans for an exhibit at the San Francisco Art Institute.

Deming described the project in October at the D.C. Art Science Evening Rendezvous, or DASER, event:

Deming’s other, more conventionally funded, research investigates microbes in the polar regions. Members of her research group recently returned from the joint Sweden-U.S. icebreaker expedition to the North Pole, where they examined how acidifying waters of the high Arctic might affect the productivity of microbes on the underside of the sea ice and between ice floes, and how such microbes, when lofted into the air in sea spray, might affect the formation of Arctic clouds. The group is also studying microbial communities, found thriving in ancient brines deep in Alaskan permafrost, which may hold surprising “memories” of their past ocean.

While the NAKFI grant allows her to explore different ways of knowing, there is overlap between the purely scientific efforts and those that bridge science and art, Deming said.

“Here is one idea of what we want to explore: To what extent do microorganisms living in the ocean hold a memory of past conditions, so when they get challenged by a changing environment — whether more acidity from more carbon dioxide, or changing temperatures, or both — will some networks of organisms be better prepared, more fit, than others because they’ve retained genetic memories of the past?”

For more information, visit memory.ocean.washington.edu, or contact Deming at jdeming@uw.edu.