The R.V. Clifford A. Barnes is now a family home!

The School of Oceanography’s research vessel, The R.V. Clifford A. Barnes, has a new mission. The vessel was retired in 2019 and purchased by a family. This family has renovated the vessel from science to baby friendly. They live aboard with their dogs and family. To follow their journey, you can check out their TikTok (@taryndownwalls) or personal Page on FB and Instagram (@thetugbitt). The following is based on on an email interview with Taryn Collins and Jason Loger. As well the photos are used with their permission.

When and how did you receive the R.V. Clifford A. Barnes? 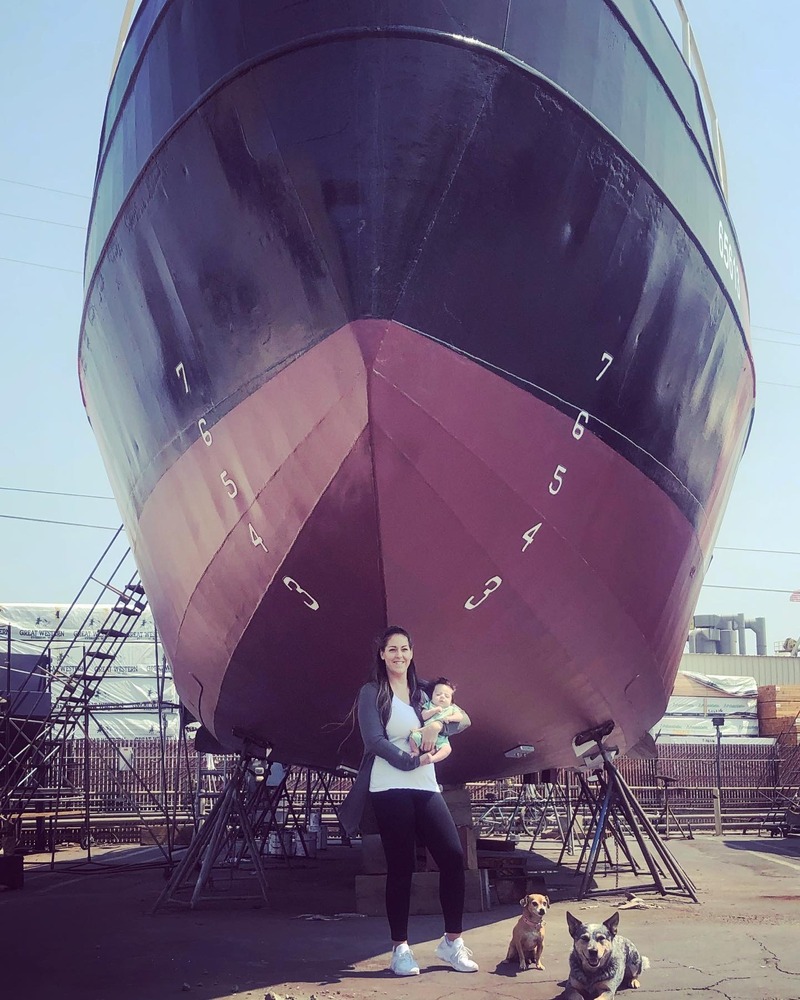 Jason bid on the vessel when it came up for auction on a government site in the spring of 2019, he flew up to Washington to look at it and sailed it home to its new port of Benicia Ca. But not before taking it up to Canada, San Juan islands, etc with Taryn and friends.

Why did you choose to turn this vessel into a family home?

Jason had been living on a 40 ft trawler in the marina when he met Taryn in 2019 (he bid on Barnes on their second date). We found out we were pregnant in the fall of 2020 and made the decision to sell the trawler and begin the restoration on Barnes. We transferred the live aboard permissions when a large enough slip came available and never looked back! Who wouldn’t want million-dollar views for a fraction of the cost in SF bay? During our maternity/paternity leave we sailed 1,000 nautical miles over 3 months stopping at a handful of ports/anchoring/etc. Living on the boat proved easy enough so until it doesn’t suit us anymore, it’s how we choose to raise our son and also have the freedom of throwing of our lines and leaving whenever we want.

What was the initial goal with the boat or your vision for it? 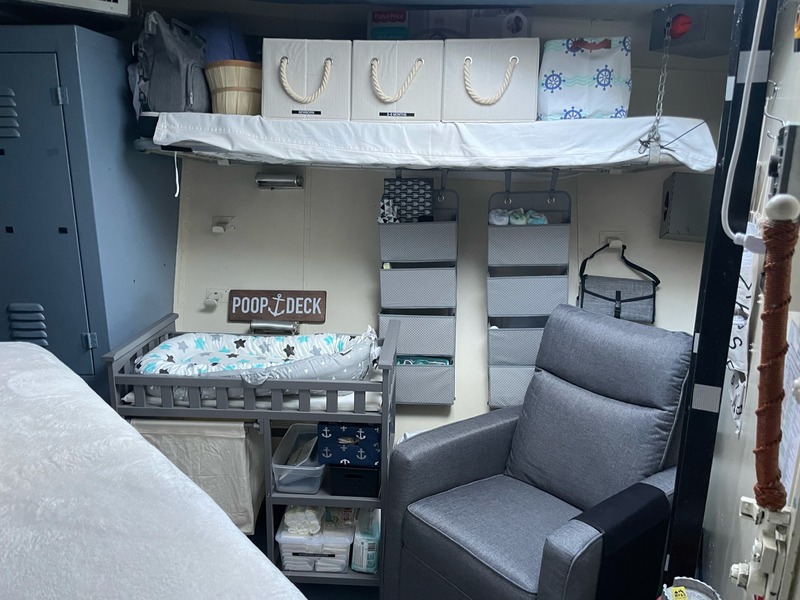 Jason has always owned tugboats; his last one being over 100ft. He’s a gear head with a true love for history. He had always wanted to restore it back to its original name and paint scheme of which it was a previous ice breaking tugboat named BITT in the USCG before it was given to the national science foundation and turned into the research vessel UW used. When he bought it, we hadn’t planned on living on it, just merely using it for events like fleet week, traveling through the rivers and sloughs and enjoying bbq’s on the water at opening day on the bay. It quickly proved to be incredibly comfortable and enough room for the 3 of us.

What were the steps of remodeling? 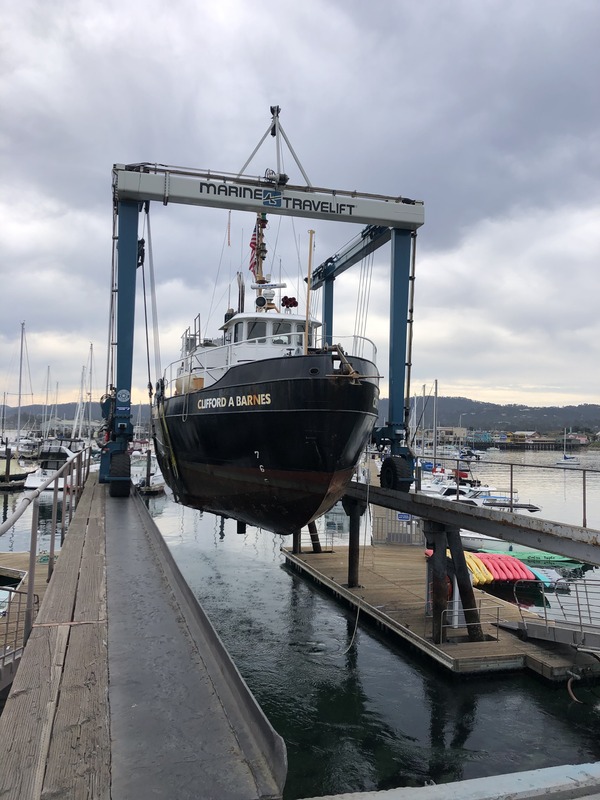 It needed a haul out for integrity. Bottom job, new zincs, new paint. The research lab was turned into a salon for relaxing/entertaining, the crews quarters became our master and the officer in charges state room became the nursery. The galley was too perfect to change a thing—it stays intact minus removing one of the swivel chairs to replace it with a highchair for the baby.

Was there anything from past science you had to remove?

Only pictures can do it justice. Jason put some blood sweat and tears into removing all of the metal countertops and storage used for the “research lab” in the extended house. Taryn also spent a weekend covering up the red and yellow paint scheme that some students had painted the head during its years at UW.

One thing that was added that we’ve yet to remove is the crane. It’s the first thing people notice and always a topic of discussion. We love using it to put our Boston whaler on the back deck and back into the water when traveling—although it poses a bit of overkill, lol

What was the most challenging part of the process? 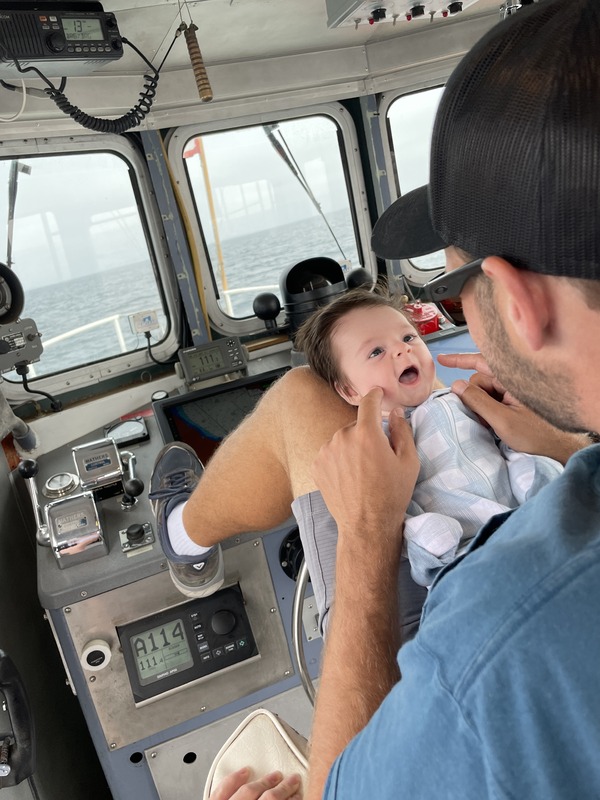 We find explaining Liveaboard lifestyles to “landfolk” a bit repetitious. Most people are intrigued and supportive where others can a bit apprehensive about the safety with a child. For the most part, once educated, people find it very cool.

What was the most fun part of the process?

Definitely NOT chasing the rust on a steel boat!

Since Clifford (now bitt) was in such good working condition since day one, we’ve always been able to travel even while we restored. Which is the most fun part. We lived, worked, had a baby, traveled, AND restored the boat all at the same time. No moments wasted.

What are its new functions and uses?

It is solely a pleasure craft. We enjoy dressing her up and honoring our military as it’s been restored back to its original name and paint scheme.

Where is the R.V. Clifford A. Barnes now? 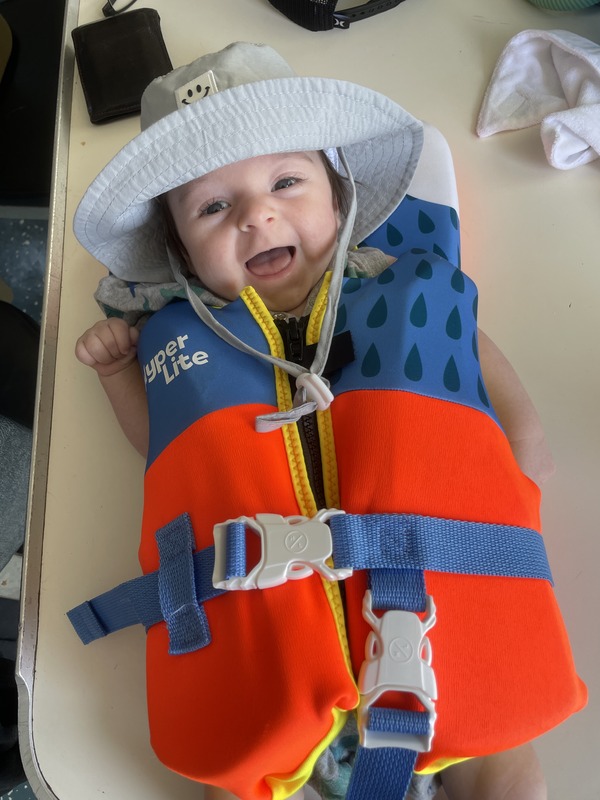 Where has your family gone on the vessel?

We have taken her as far north as Canada and as far south as Newport Beach, Ca. If we are looking for shorter distances (not having to go under the golden gate), we play around with her in the waterways of SF bay. 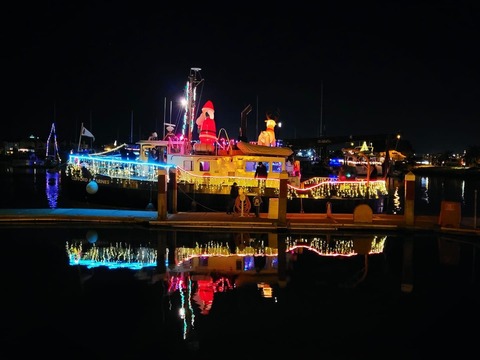